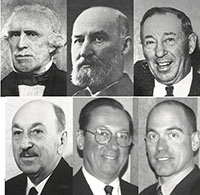 Not many area businesses can trace their roots to the days when Detroit was surrounded by Indians instead of suburbs.

And not many companies can say they owe their existence to six consecutive father-to- son generations. But George Jerome & Co. - Michigan's oldest business - can.

George G. Jerome Sr. isn't totally ready to relinquish his role to his son, George Jr. But when he does, the younger George will be the sixth Jerome to lead the surveying and civil-engineering firm that has played such a prominent part in developing this area.

George Sr.'s great-great-grandfather, Edwin, started it all. He came to Detroit from New York in 1828 and not only found work surveying and charting the streets of Detroit, but also nearly all the villages and townships.

"In 1831, Edwin and his survey party were headed toward what is now Wisconsin, to lay out the land," George Sr. says as he begins a favorite family tale. "It was the time of the Black Hawk Indian Wars, and since roads did not exist, the party was traveling by way of the Indian trails. To say they were on edge was an understatement. "One night, sitting along the campfire, they heard noises. Scared and on the defensive, the team shot blindly into the bushes. They did hit their mark …and killed a 200- pound wild pig.

"Not every day is as exciting," says George Jr., "but business is always interesting."

The company, which was responsible for laying out Grand Boulevard, considers itself a problem-solver. "Every parcel has its own unique problems, its own history and evolution," says George Sr.

Steel chains were used initially to measure many plots. In earlier times, a few inches either way didn't make much of a difference. Today, sophisticated lasers, satellites and computers don't always reproduce things as they were then. In a densely populated area, those few inches can make a big difference. 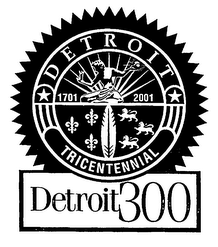 The company also has designed many storm-relief drains, water mains and sanitary sewers. It surveys for towers, bridges and schools. It determines boundaries for wildlife sanctuaries and is even called in to survey accident situations.

With all it has done, how does Michigan's oldest company want to be remembered for its work in the future?

"I hope people say we've had the foresight to correct a lot of problems created in the last 173 years," says George, Jr. "I hope they say we are a company of quality."